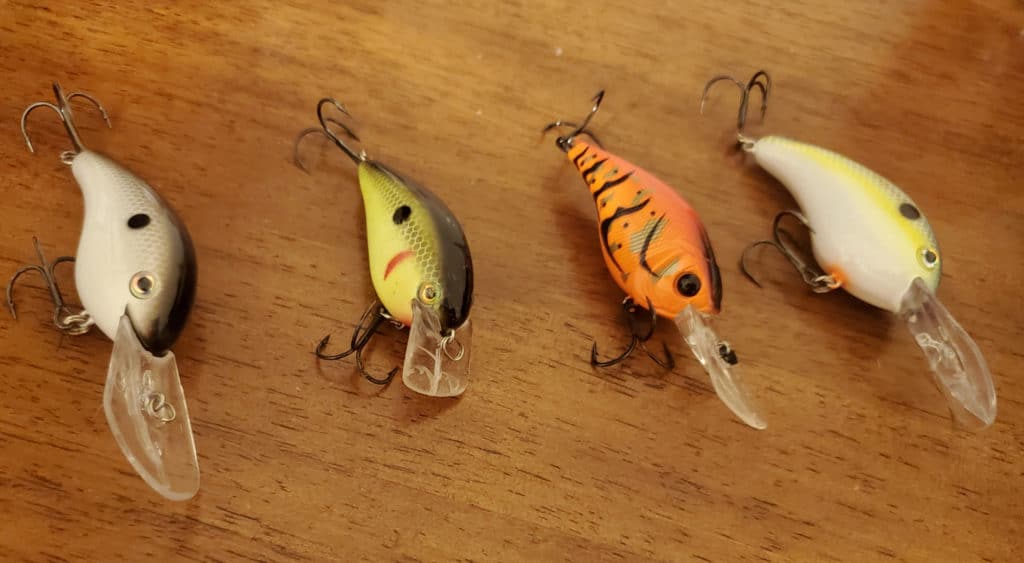 The crankbait might be the most recognizable bait in bass fishing. It’s a hard bait, commonly made of hard plastic, but occasionally other materials, with a lip on the front that causes it to dive. Crankbaits usually have a consistent wobble action to them but become erratic when deflected off the bottom or some piece of cover like a laydown.

Creating that erratic action by bouncing the crankbait off the bottom is what triggers strikes from aggressive bass, thus is generally regarded as how you fish a crankbait. Truly, a crankbait is a relatively simple bait to fish. There are always more specifics to dig into, but if you throw a crankbait into the water and reel it in so it’s smacking into the bottom, you’re doing it right.

What’s not simple, especially if you’re new to the game, is selecting the right crankbait. The crankbait aisle is the most overwhelming place in any tackle store if you’re not sure what you need. Where do you even start? Well how about right here, this article on bassblog.org. The best part is that you’ve already started reading it.

Crankbaits can be broken down into categories by a number of different features. We’re going to start by bill type. 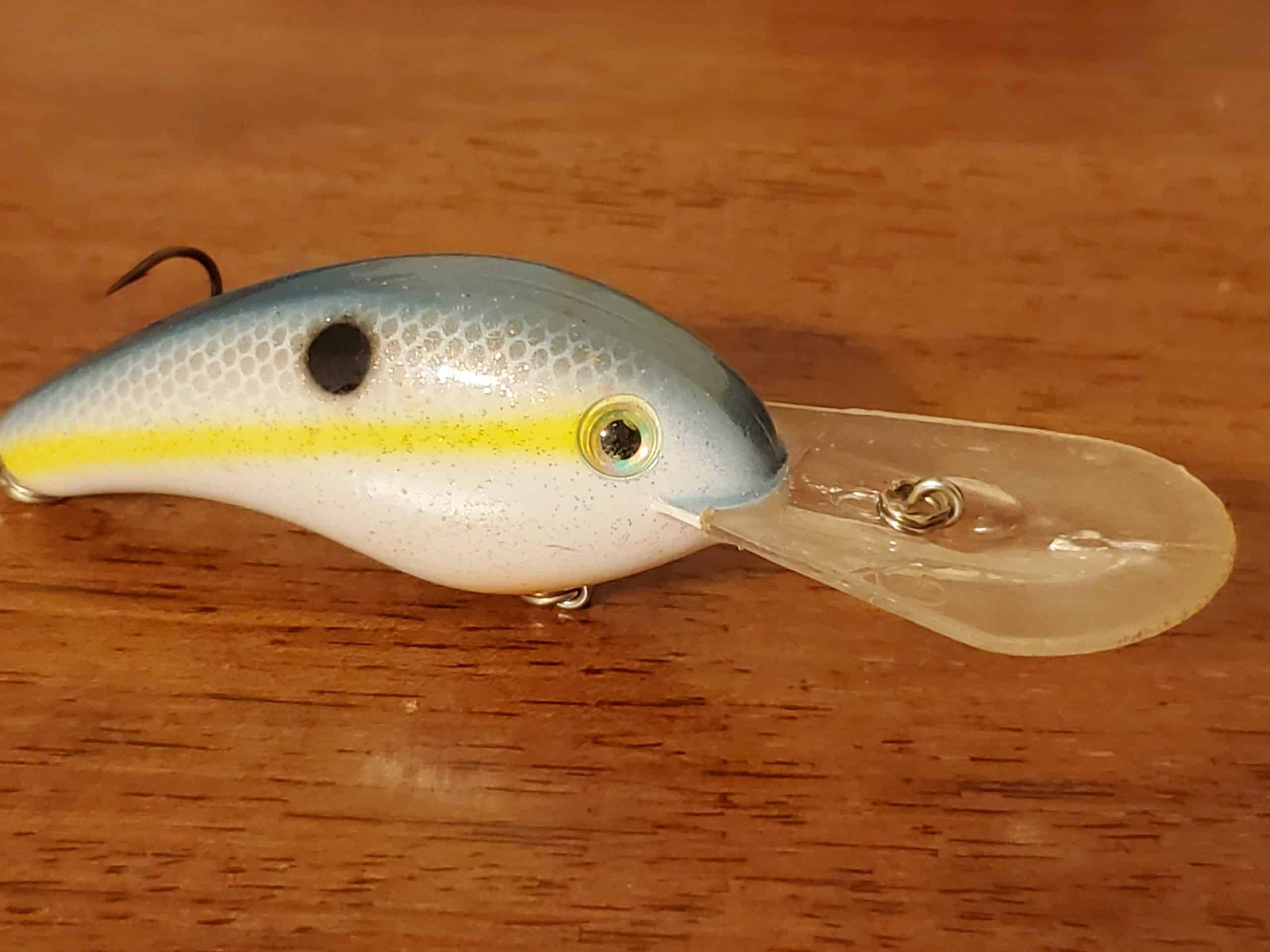 Round bill crankbaits are the most common type of crankbait. They have this name as a result of the lip or bill on the front of the bait being rounded off. The Spro Little John, Rapala Shad Rap, and Strike King XD series are some of the famous models of round-bill crankbaits. You can find round-bill baits that dive anywhere from a few feet to over 25 feet. 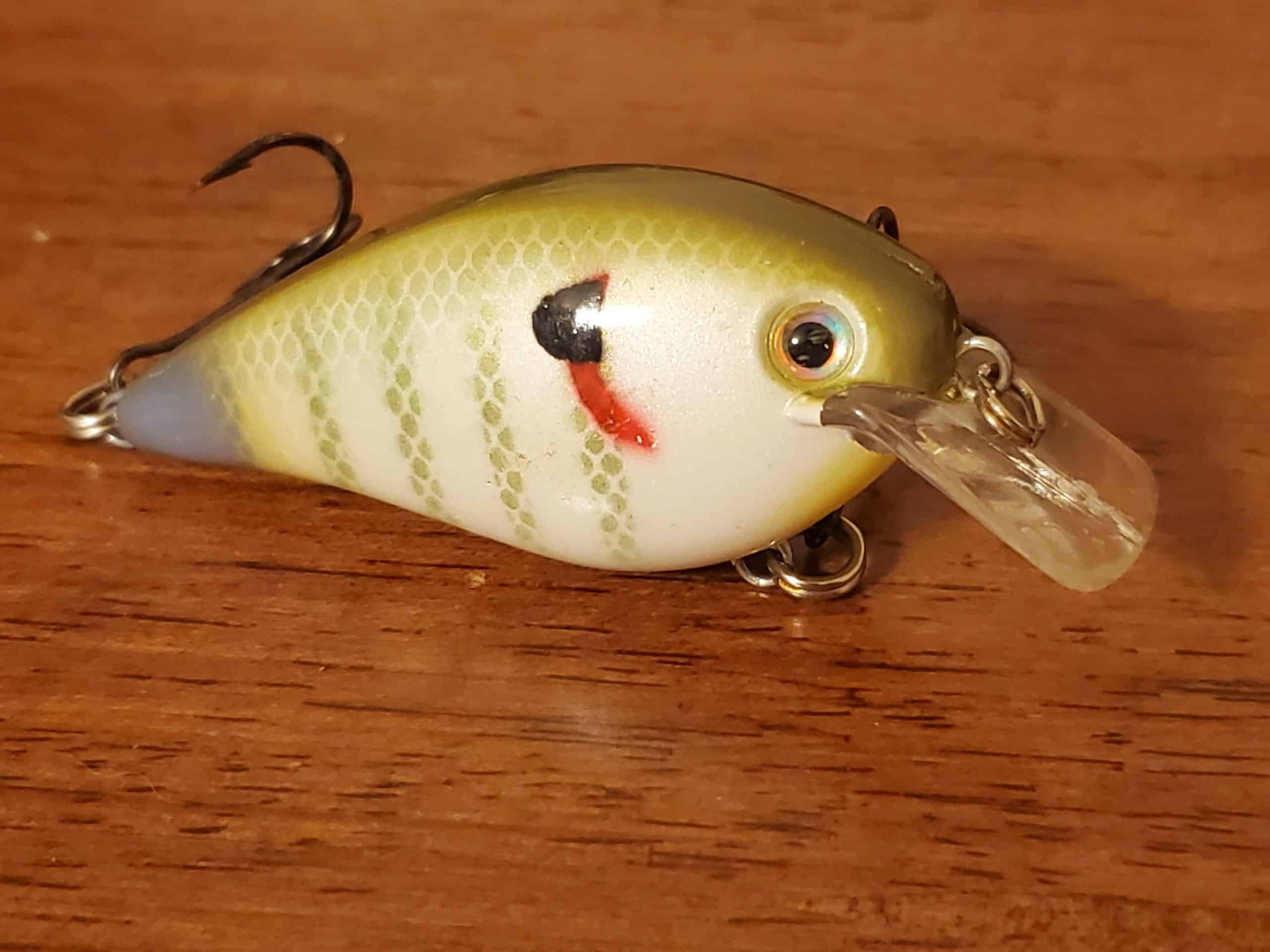 Square bill crankbaits are named as such because the bill is squared off. This helps the bait deflect off cover better and avoid annoying hang-ups that end up costing you your brand new seven dollar crankbait. While deep-diving square bills do technically exist, the overwhelming majority of square bill baits are shallow running cranks that reach a max depth of around seven feet. The Strike King KVD series is probably the most thrown square bill in America, but. . . 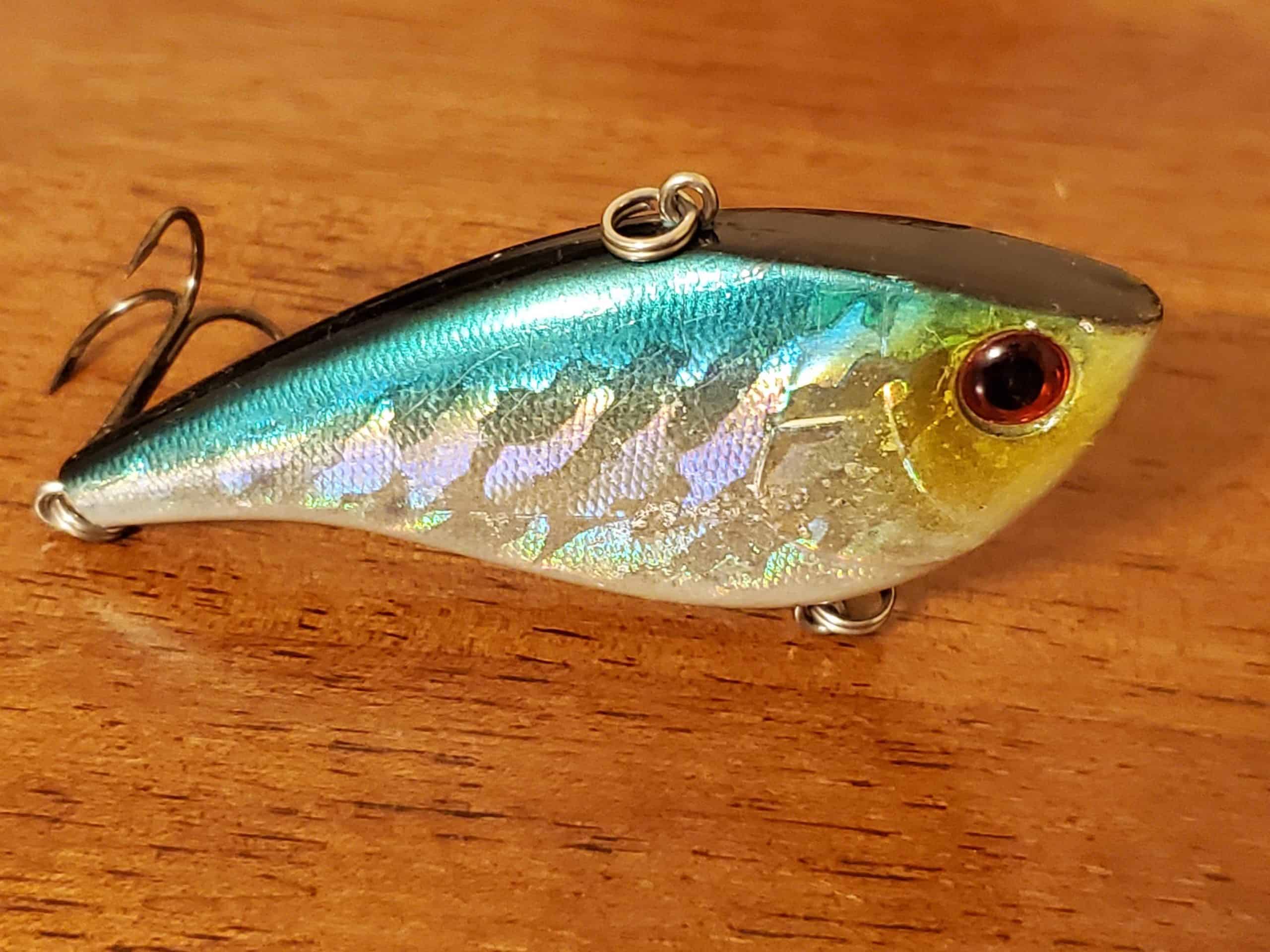 A very different bait than other members of the crankbait family, the lipless features no bill at all. They sink rapidly, can be cast a mile and a half because of their dense, slim profile, and usually have a very tight wobble to them. The Bill Lewis Rat-L-Trap is the most famous of lipless crankbaits, but Strike King’s Red-Eye Shad is an all-timer and one of the best crankbaits ever made. The lipless variety has a lot more versatility to it because it sinks.

This is simple. Pick a bait that dives to the depth you’re fishing. Your crankbait needs to be hitting the bottom, so get something that dives just a little deeper than however deep you’re targeting. If you’re fishing an area where you can’t bang your crankbait off the bottom, such as a grass bed or a place with a bunch of crap on the bottom, the lipless becomes a good choice. The depth control with a lipless allows you can keep it just off the bottom or just over the top of weed bed.

Crankbait color is one of the most commonly discussed topics in bass fishing, probably as a function of the 18 billion different colors you can find. This is a good time to simplify things. Pick colors that match whatever forage you believe the bass are currently focusing on, but keep the clarity of the water in mind as well. In clear water, opt for colors that are more translucent and bear more resemblance to what bass are eating. If you’re cranking in a lake with several feet of visibility and the bass are keying on shad, something like this Strike King a natural shad pattern bait is a good choice.

In straight-up muddy conditions, like the stuff that looks like chocolate milk, you’ll want to throw bright opaque colors. A chartreuse or, if it’s crawfish season, a bright red is more of your muddy water go-to. 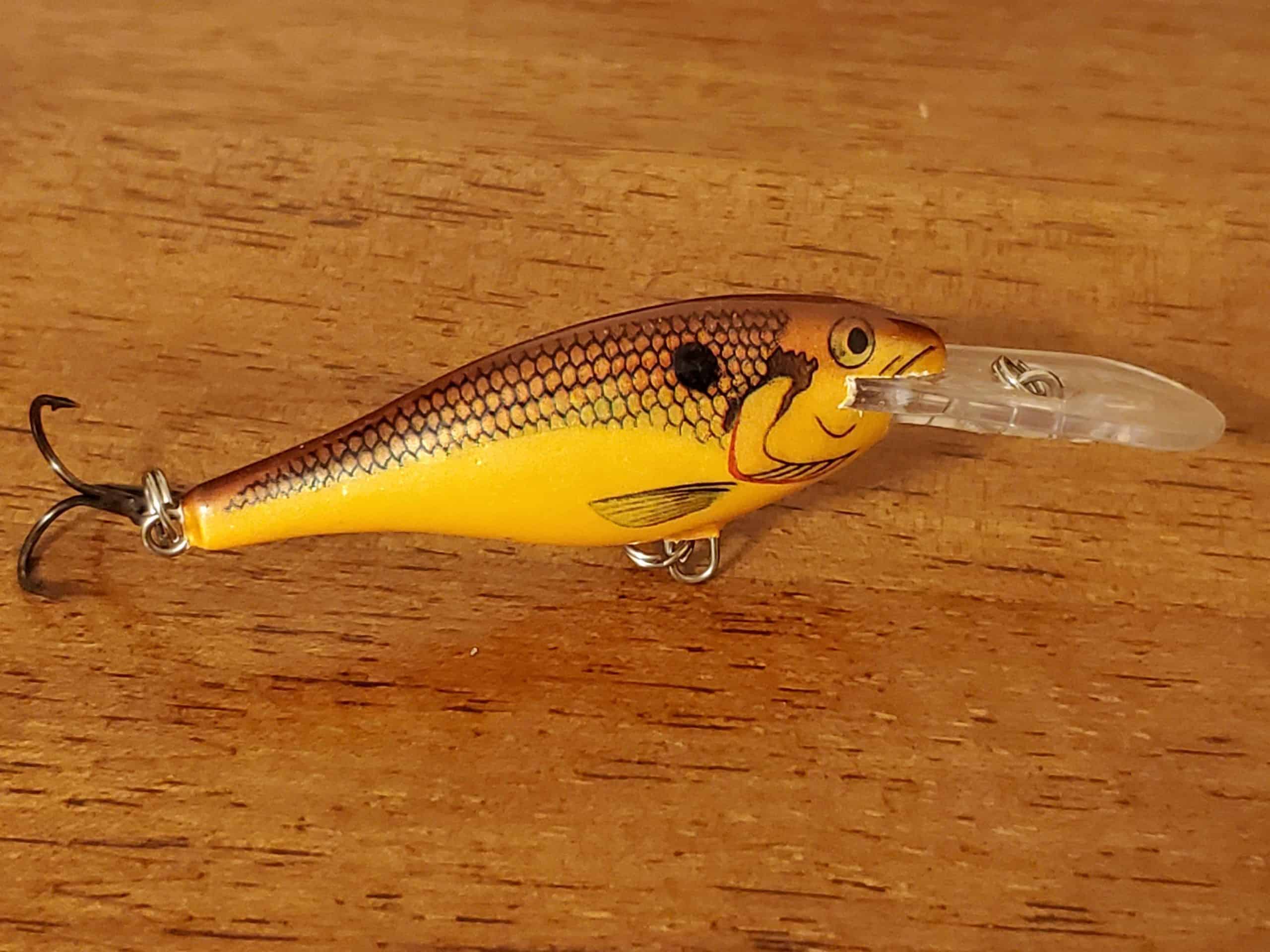 Crankbaits will also vary in the tightness of the wobble. Some cranks will have a very subtle wiggle to them as they come through the water, while others do the Brazilian Samba on the way back to the boat. Decision making here really comes down to water temperature and fish activity. In colder water, a tight wobble looks more natural and is usually the way to go. This is why baits like the Rapala Shad Rap, which is a thin subtle bait with an extremely tight wobble to it, have become well-known as a wintertime crankbaits. More aggressive crankbaits are suited better for warmer temps, especially in muddier water where you want a bait that is going move more water and create more vibration.

The best advice when trying to learn anything in fishing is to not get too far into the weeds (excuse the crappy pun). Cranking is no different. Grab of a few of the popular and proven baits, follow our color guidelines, and just go fishing.