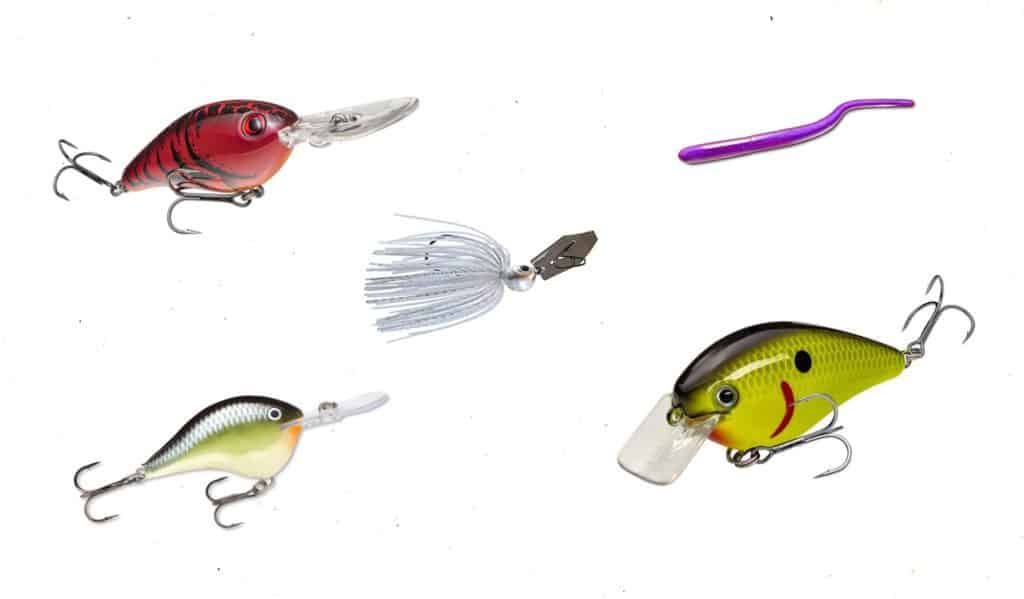 Part of our goal at BassBlog.org is to clear away the clutter (sometimes this is meant literally) and simplify bass fishing. If you’re new to the sport, you may find the sheer number of options in any tackle store to be anxiety-inducing. Most baits are really as good as you make them, some baits just outright suck, but there are certainly a lot of great baits that have stood the test of time and many anglers have won a lot of money on. Here’s a list of 10 that you should definitely have if you’re serious about catching more bass.

It wasn’t the first one ever but the Zoom Trick Worm might be the most OG of straight-tailed worms. It comes in 1000 different colors and is incredibly versatile. You can put it on a shaky head, fish it on a dropshot, throw it wacky style, or fish it on a Texas-rig.

Deep cranking is one of the most tried and true summertime techniques ever created, and more money has probably been won on a Strike King XD bait that time of year than any other bait. I personally like the 8XD and 10XD models, which are the two deepest running.

The Senko is sometimes referred to as “the stupid bait” because even someone who has no idea what they’re doing could catch a fish on it. Not many shallow water presentations are more consistently effective than a wacky-rigged senko, and you don’t even have to do anything to present it.

The DT (Dives-To) series is one of the most popular crankbait lines ever brought to market. It’s a subtler bait with a slim profile and tighter than average wiggle, making it a popular choice in colder conditions. The DT10 is one of the best spring crankbaits ever made. Rapala recently released a super deep version as well in the DT20.

The winning bait from the 2011 Bassmaster classic is one of best shallow water moving baits ever made. Kevin Vandam won by over 10 pounds shallow cranking around stumps with a Chartreuse/Black 1.5 and 2.5 model in Lake Cataouatche in southern Louisiana 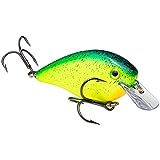 Another versatile plastic from Zoom, the super fluke is an excellent soft jerkbait that realistically portrays a dying baitfish when rigged weightless Texas-style. You fish it fast near the surface or slow it down and let it flutter to the bottom, and it’s wonderfully effective as an alternative to shallow water hard baits. You can also throw it on a carolina rig or throw two at a time with what’s know as the “double fluke rig.”

A relatively new chatterbait, the Jackhammer’s primary selling point is the hunting action it presents, which is the erratic side-to-side motion its profile creates in the water. You don’t get such a thing with a lot of other chatterbaits.

Underspins have a reputation of being a clear water bait, but they’re actually still super effective around deep schools of bass in muddier lakes. A good underspin is something every angler should have in their boat, and the Casey Ashey Roadrunner happens to be the one that won the 2015 Bassmaster Classic on Lake Hartwell. Pair it with a Strike King Rage Swimmer or a small KaiTech and start catching fish.

There’s a lot of great jerkbaits out there, but you won’t find a single person who has ever fished with one that wouldn’t include the Vision 110 among at least the top 3. It’s one of the most effective cold water baits ever made. It’s on the pricey side and you will want to change the hooks out, but it’s worth the investment.

All of this is of course a matter of opinion, but I’ll stand by the claim that the original Roboworm is the best dropshot bait ever made. It’s an extremely flexible worm, so it’s very easy to impart a ton of action on it. Roboworms are also effective on a shaky head for the same reason, and can be a real pond killer when rigged Texas-style without a weight.