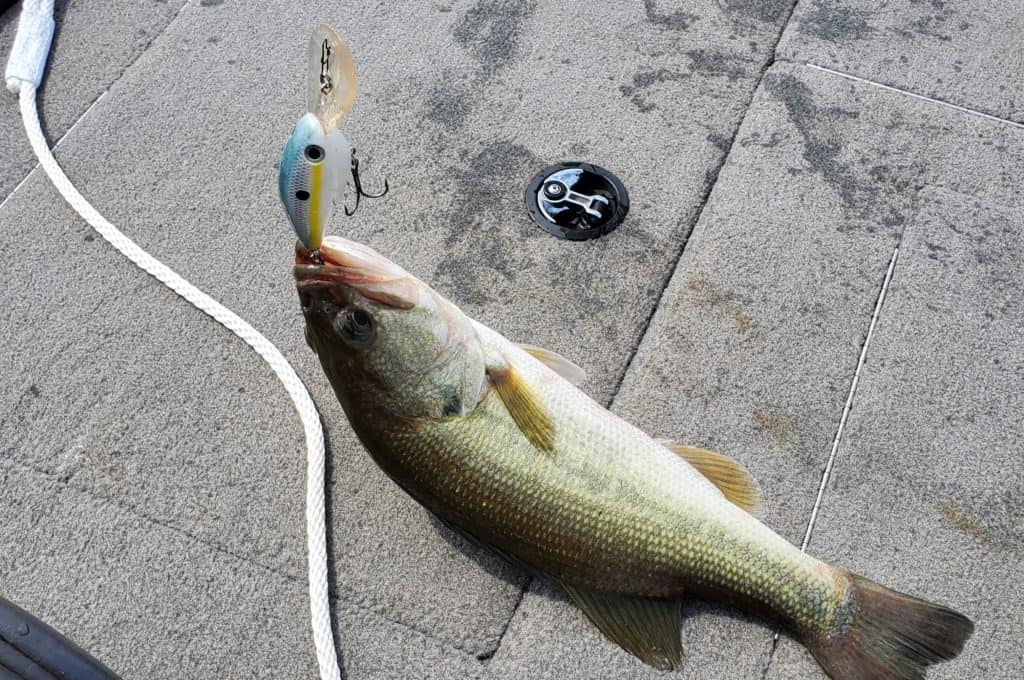 Crankbaits can catch fish in all seasons if you have the right bait and the right approach.

Cranking is the most popular bass fishing technique in the world for very understandable reasons. It’s an aggressive, fast-paced approach that can result in some explosive action, and it’s very adaptable to different circumstances. Fish can be caught on crankbaits 365 days a year if you know what you’re doing. There are about eight billion different crankbaits to pick from, though, and not all of them will help you catch fish. Some are classics that have stood the test of time, some are innovative new designs that are catching a lot of fish right now, and some are total crap. We did our best to weed through the mess and give you proven and reliable options for each season.

Spring is a popular time for cranking for a number of reasons, two of which are crawfish activity and the lack of fishing pressure the fish have been under over the last few months. It’s also the season where variable water temperatures affect the depth of the fish the most, so a wide variety of plugs can work.

Lipless crankbaits are great spring fishing tools. The original Bill Lewis Rat-L-Trap, Booyah One-Knocker, and Lucky Craft LVR are all great options, but the Strike King Red Eye Shad is a personal favorite. The tight wiggle and ability to control depth as a sinking bait make it a versatile weapon in the early season. This is especially true in grass lakes, where the grass is usually still submerged at this point in the year and the bait can be fished over the top of it. This is the kind of work a lipless crankbait can do in that situation.

The DT series from Rapala is an excellent early season crankbait and one of most proven crankbaits on the market. It’s been around literally forever and people have been catching fish on it for just as long. In the early parts of the spring when the fish are pushing shallower but it’s still chilly outside, a skinnier crankbait with a tighter wobble will deliver the subtlety you need to actually make them bite. This part of the season often coincides with crawfish activity also, making a red or orange crankbait DT series crankbait one of the best  early season fish-catchers around.

Summertime cranking is all about deep cranking. Most of the time your fish will be in 10-25 feet of water and just hanging out ready to eat when the opportunity presents itself. Summer crankbaits are bigger, deeper-diving baits that can reach those schools.

In some categories of baits, there is one bait that is just universally accepted as the standard. For deep-diving crankbaits, the Strike King XD series is that bait. XD stands for extra deep, and models range from the 5XD, which dives 13-15 feet, to the 10XD, which reaches north of 25 feet. I would wager that more money has been won on these crankbaits than any other bait in a summertime tournament, especially on southern impoundments with average water clarity where you typically find summertime schools between 10-20 feet. See All of the Strike King XD Series on Amazon

The Fat Free Shad is a solid alternative to the XD series (see all models). It doesn’t come in a super deep model, but it’s really effective for shallower summertime bass in the 10-15 foot range. Personally, I’ve caught a lot of summer fish on pressured lakes with these when I couldn’t catch them on the XD, which is typically my go-to. I’m not really sure what to attribute that to, and perhaps it’s randomness, but it does seem to consistently hold true. Be sure to change the hooks though, especially on the smaller models.

Fall can be a really hot time for cranking as fish are typically hungry, aggressive, and willing to chase. You may need a bigger box than you had in the summer because you can find fish at a wide variety of depths, but it’s a great time of year to fish fast and wind moving baits.

Not too many people would argue with you if you said this was the best shallow crankbait ever made, and Kevin VanDam’s trophy room would be a pretty good case for you if they did. Famous for its hunting action that gives it an erratic retrieve, the KVD square bill is pretty effective at targeting really aggressive fall bass that have migrated into shallow backwaters and creeks to feed on shad.

Designed by Elite Series pro John Crews, the Little John is one of the best mid-depth crankbaits on the market. A flat-sided crankbait with a moderate action, the Little John is a versatile bait that can be really effective throughout most of the year. It’s just a flat fish-catcher, and there wouldn’t be 9 different models if it wasn’t.

The coldest months of the year typically require the most subtle of presentations. A lot of people opt out of throwing a crankbait altogether this time of year, but in the right situation, they can absolutely still catch fish.

Another bait that’s been around forever, the Shad Rap is a super skinny crankbait with an extremely tight wobble. It’s the prototypical super cold water crankbait. Originally made of balsa wood, it now comes in a huge variety of constructions, colors, and depths, including a suspending version.

A small flat-sided bait with a subtle action, the Bomber Flat A is useful in cold water for the same reason the Shad Rap is. It’s built to near neutral density, meaning it basically suspends and can be fished painstakingly slowly for cranky cold weather fish that need a bit of persuasion to bite.