Why you should never give up 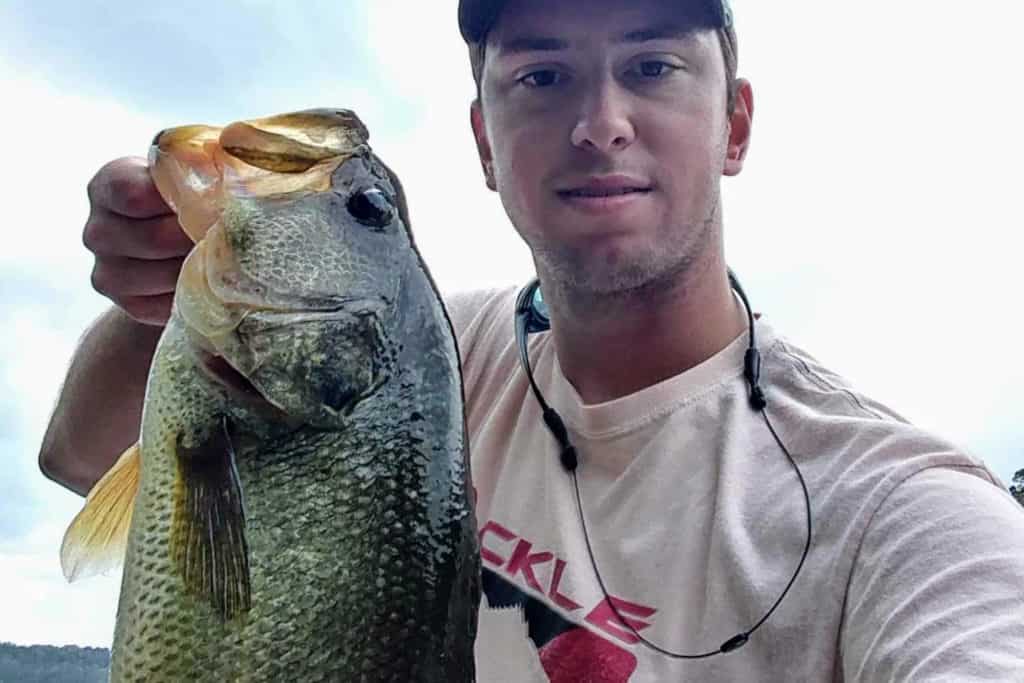 I like Mike and Ikes. They're good candy. This may sound a little weird too, but if they sit in the sun for a little bit and get chewier, they actually become even better. I figured this out one day on Kerr Lake, VA, and I remember it because up until about one o'clock in the afternoon, eating some softer than normal Mike & Ikes was the highlight of the day.

There was about an hour left in this club tournament I was in. It was hot, it was the second day of a two-dayer that didn't go well on day one, and I hadn't had a bite all day. Zero of them total. I had mailed it in at this point, electing to sit in the boat and eat candy instead of perpetuating what was obviously an exercise in futility. Then I ran into a problem. I ran out of candy.

I cranked the motor and just kind of cruised back towards the ramp, looking for something close by that I could mess around with until the merciful end of the day. I found a stretch of riprap adjacent to the boat ramp that extended around a corner, so I picked that.

I didn't notice it at the time, but there were two floating docks that were also around that corner, so I fished those also. The riprap was useless and actually didn't even extend into the water, which was noteworthy because it was the 63rd thing that day that did not go how I thought it would. 64 came immediately, but this one was for the better. I caught a bass.

It came off the first of the two docks, and it wasn't much bigger than a pound or so. It seemed almost insult to injury to have to go weigh this one tiny fish now, but I wasn't complaining. One is better than zero.

But two is better than one. I immediately caught another one of the second dock. Now I just felt stupid. Why hadn't I been doing this all day? This one was a little bigger, so at least I had something to show for this day. The very next cast I caught a third one off the same dock, followed by number four just a minute or two later, each bigger than the last. In a matter of minutes, I had gone from waiting for the merciful end to having a shot to win this thing. Even catching one bass seemed inconceivable 20 minutes ago, but here we were within striking distance.

I fished that dock dry and then hit every dock I could find in the last 30 minutes, but I could never get number five. That almost-limit was still enough to steal a top five though and make the whole weekend a success. 18 hours of fishing over two days, and those 20 minutes turned a complete failure into a pretty solid weekend. What a weird sport.

The moral of the story is to never give up. Everybody knows to never give up, but not everyone lives it. I certainly did a terrible job of it that day, but I accidentally showed that you never know what can happen in the last hour. And if I hadn't mentally checked out at noon, maybe I could have found one more along the way and won the thing.