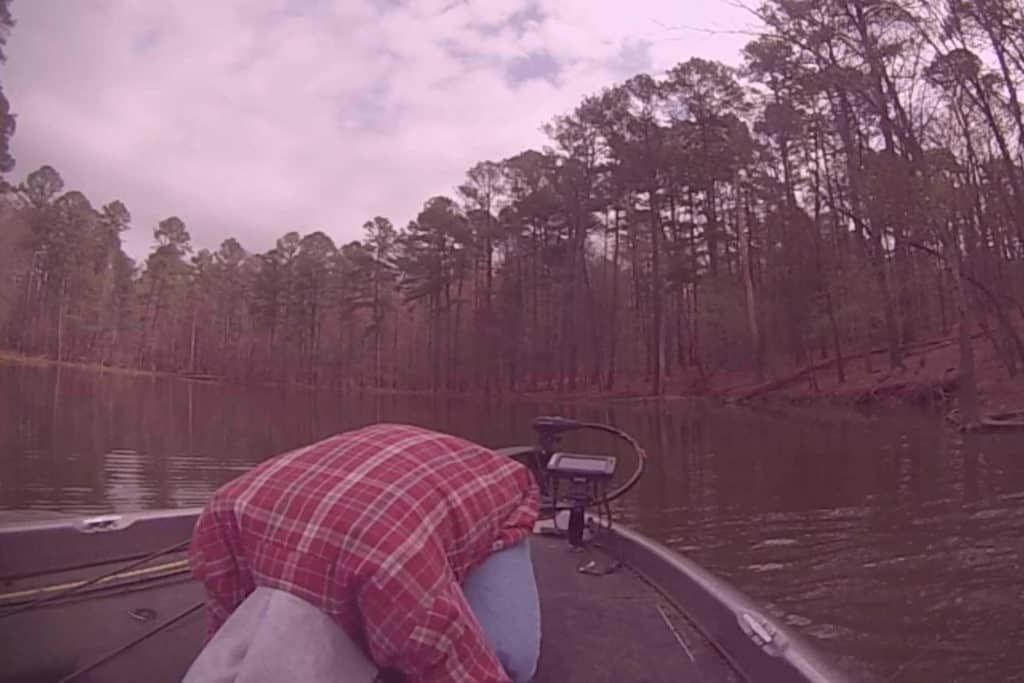 There is a six-pound largemouth bass in a tree. I am staring at it. I can see it clearly from thirty yards away, because the tree in which it currently resides is not in the water. How does a thing like this happen? How does one end up in this situation?

It’s June. We’re on Shearon Harris, a power plant lake in central North Carolina. In these lakes surrounded by densely populated and evergrowing towns and cities, the turn of the season always brings one inevitable pain in the ass; boat traffic.

It’s one o’clock. I have a small limit in the boat, but certainly nothing that has anybody in this club tournament sweating. I need big fish.

A thick mudline has formed on the main lake banks, as it often does when the endless parade of wake boats and other assorted nuisances storm the lake every summer afternoon. Today’s traffic has been especially bad, but perhaps there is a silver lining to all this.

In the thick of the mudline, there is some baitfish activity. I whip out a big spinnerbait and toss it all the way to the bank. Immediately, a decent-sized fish follows it all the way back to the boat but ultimately passes on the offering. Maybe I’m onto something, though.

Not two minutes later, a giant wails on the spinnerbait. I know right away. The headshake was textbook. This fish was the size I was looking for.

But then it was gone.

I was hung up in something right near the bank. The fish certainly feels gone, although I never felt it come off. There is a procedure for what you are supposed to do when you may still have a fish on but you’re also stuck. The best way to describe it is “exactly the opposite of what I did.”

I pulled on it. Really hard. This was never going to help anything. A tree branch emerged from the water. Whatever garbage on the bottom I had gotten stuck in, I was pulling it out of the water. With it emerged a giant bass, wrapped up in the tree branch with a spinnerbait still stuck in her mouth. The fish was hanging there, the majority of its body above the surface in the open air, attached to a huge limb that was being lifted out of the water. This is a six-pounder. What am I doing?

It lasted about three seconds before the line snapped clean. The limb fell back into the water, the fish disappeared, and I didn’t get another bite from anything close to that big the rest of the day. I finished twelfth, ironically, six pounds out of the lead.

Why you should never give up