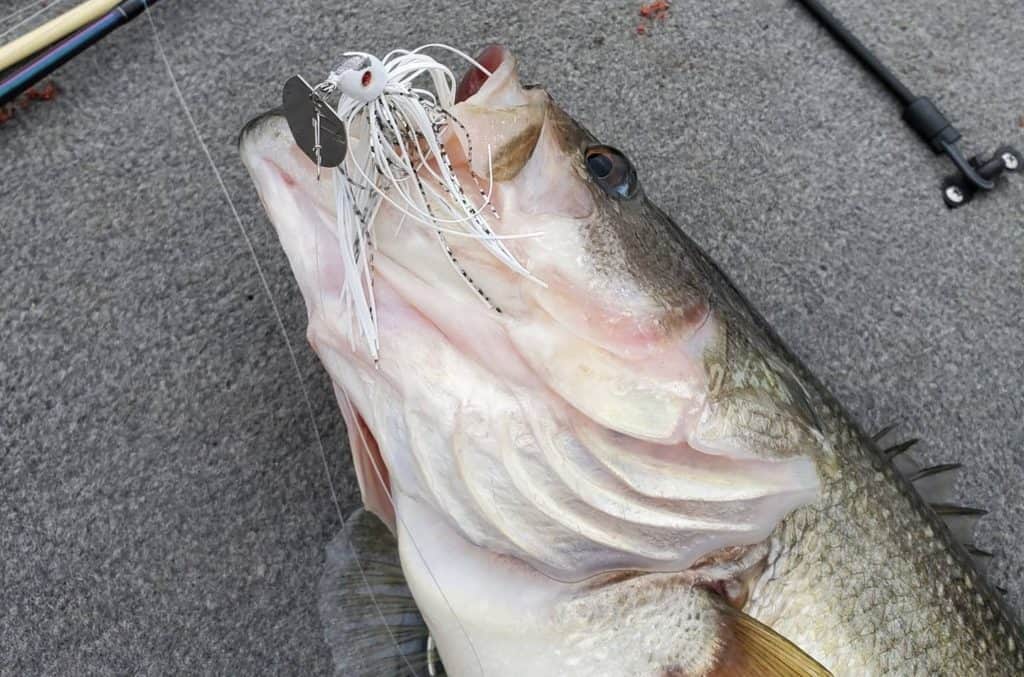 This might surprise you, but there are actually a number of different reasons why a bass will eat a bait. Understanding why you’re getting a bite is an underrated piece of the puzzle when you’re trying to unlock what’s happening on your body of water. We break down four common reasons a bass will eat something below.

The most common reason a bass hits a bait is because he’s eating and thinks it’s food. An actively feeding bass is the easiest bass to catch. You don’t have to coax the fish into biting because he’s already looking to do that. You just present him with something that looks like what he’s eating.

Spinnerbaits, crankbaits, jerkbaits, and topwaters are all really effective at generating feeding strikes. There’s a reason that these are the four most common types of baits for when bass are most active.

You’ve likely heard this term before. A Reaction bite is what happens when a bass is, for a lack of better term, surprised by a bait. If he’s just chilling and suddenly a jig drops right in his face, the instinct is to gobble that up. A lot of times you’ll get these types of bites when you’re flipping. A well executed flip or pitch will make minimal surface commotion, allowing the bait to drop right on a bass without any prior warning that it’s coming.

This is a lesser known reason that a bass will bite a bait, but it’s certainly relevant. Fish are like toddlers. They investigate things by putting them in their mouth. If you’ve ever been to PetSmart and seen a fish in a tank snatch up a piece of poop and then spit it right back out, you’ve witnessed a curiosity strike. Kind of a gross one, but still.

I’m personally convinced that the majority of bites you get on a wacky worm are mostly out of curiosity. A bass sees something slowly falling to him and wiggling around, he’s going to check that out. This is why wacky worms can be so effective, because they ignite the bass’s natural instinct as an opportunistic feeder. He wants to know if he can eat that and it’s coming right to him. He’s going to go see.

Bass hit a bait out of defense almost exclusively in the spring when they’re on the beds trying to spawn. They become more territorial this time of year, and even though they aren’t actively feeding, you can still get them to bite by triggering this instinctive territorial nature.

From the time bass start making beds to the time they abandon their fry, this kind of strike can be produced. They want to protect their area and their babies, so give them something to protect those things from.