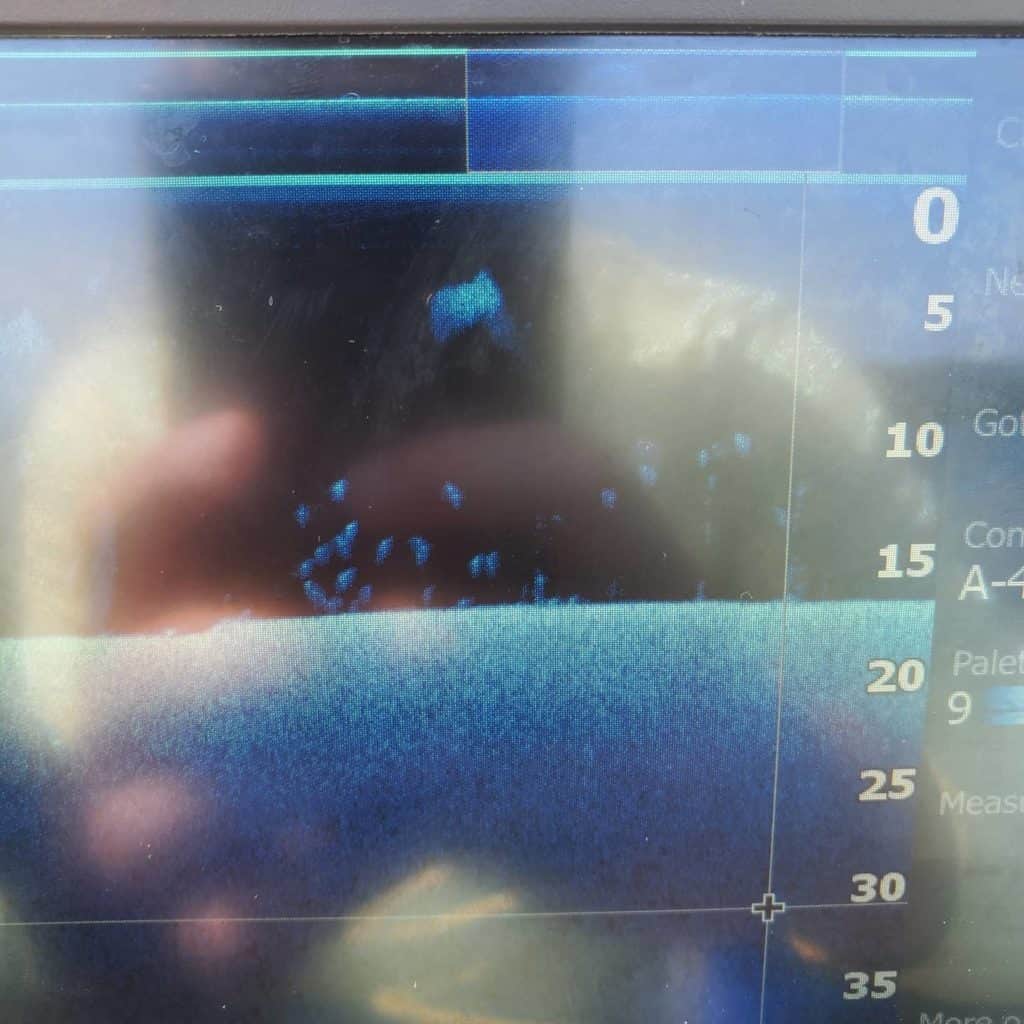 What is a point?

A point is an area of shallower water that sticks out into areas of deeper water. It’s the most common form of structure on most lakes, and bass love to call them home at many different times of the year. This is what a point looks like on a topographical map.

Why are points such an attractive type of structure for bass?

Bass like structure that provides them with places to feed and places to shelter, and points offer both. It’s important to note here that shelter is not to be taken literally. There doesn’t have to be something physical like a brush pile for shelter to be present. Deep water provides sufficient shelter for bass, which are very comfortable suspending off the side of a point, ledge, hump, or other piece of structure that provides a significant depth change. The shallower water on top of the point provides the bass with a place to feed, and the short distance between those two areas makes it a desirable place for bass to hang out. That’s why points are among the best types of offshore spots to find bass in the summer, and also why they’re popular stopping places along spring migration routes.

How do you fish a point

The first thing you should do anytime you come to a point is drive over the entire thing and map it with your fish finding electronics. You’re looking for three things.

When you’re driving over the point, it’s critically important to cover the entire point (as shown below), including the sides and deeper edges. The most active fish will usually be on top of the point, but less active bass using that point may sit on the edges, and those fish can still be caught.

How to Scan a Point

The biggest mistake you can make is just pulling up to a point and starting to fish. It’s extremely inefficient and thus not conducive to consistent success, which is why scanning the whole area first is always step one. Step two, assuming you’ve found a point you want to fish, is to catch the fish. That’s the fun part.

Like every other scenario in fishing, the bait you want to be throwing is dependent on about a billion different things, but a solid three bait system for fishing points that you can use includes a crankbait, something you can drag on the bottom, and something you can get a little bit higher in the water column. If you see fish on your fishfinder, but you note that they’re elevated off the bottom a few feet, that’s when bait number three comes in. Something like a flutter spoon that you can rip through the water column or a Jerkbait if you have clear enough water are good choices to target those fish are suspending a little.  In any other scenario, I usually start with the crankbait, throw 5-10 casts, and then switch to that slow bottom bait you can drag, such as a Carolina rig or a football jig. Make enough casts with the crankbait to conclude whether or not the fish will chase it, and if they refuse, dangle that jig or Carolina rig in their face. If they still won’t eat that, remember they are there and come back later.