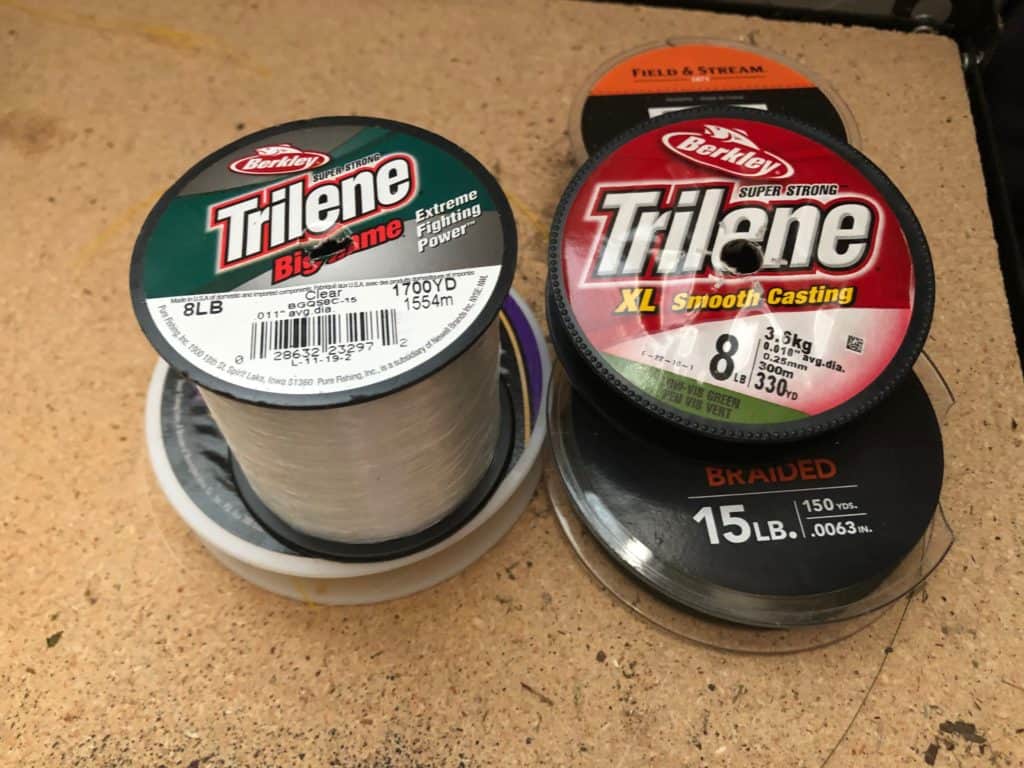 Line might be one of the most boring topics in bass fishing, but anyone who has ever stuck a 10 pounder only to see it swim away with their bait and a feet few of line in tow knows just how important of a decision this is.

Making the right choice is not simple though. It’s about balancing visibility with strength so you can get bites and then actually cash in on them. There are three primary types of line, monofilament, fluorocarbon, and braid, each of which has its advantages and disadvantages, as well as techniques where it’s most and least applicable. I’m going to break that all down for you here, though, as simple as straightforward as I can. So let’s get started.

Table of Contents
Types of line
When to use monofilament
When to use fluorocarbon
When to use braid
Personal Rec: best bass fishing line.

Monofilament - Monofilament is the simplest of fishing lines. It might be the least used line at the highest level of bass fishing, but it’s still very popular among recreational anglers, and for good reason. Its pricepoint is low. You can buy 1000 yards of mono for around eight bucks.

Monofilament is a single strand line that’s lightweight, floats, and has a decent amount of stretch too it. It tends to have pretty low memory, and better abrasion-resistance than fluorocarbon, but nowhere close to what you get with braid.

Fluorocarbon - Fluorocarbon is also a single strand line, but it’s quite a bit different than monofilament. Fluoro is stiffer and has a lot more memory than mono does. As a result it won’t cast quite as far. It doesn’t float as well as mono or braid either, which can be a good or bad thing depending on the application

The advantages of fluoro include its lack of stretch, which allows for better hooksets on baits fished slowly like jigs or worms. Additionally, fluoro is harder to see under the water than other lines, especially braid, which contributes to more bites.

Braid - Braid is, as the name implies, multi-strand line that is braided together. It has absolutely zero stretch and absolutely zero memory, the latter of which makes it extremely castable. If you tie a lipless crankbait on some braid and throw it straight up into the sky, it may land on the moon.

Braid also has a much smaller diameter than both fluorocarbon and monofilament. It’s teeny tiny, meaning you can increase the pound test of the line without it becoming too thick to deal with. 65 lb braid has a thickness, or diameter, comparable to that of about 17 lb fluorocarbon. Braid is also far more abrasion-resistant than its line compatriots, all of which makes it sound like the perfect line, but there’s one catch.

The catch with braid comes with its visibility. It is totally opaque and in no way disappears underwater, which is why you see a lot of anglers throw braid with a fluorocarbon leader. It combines the best of both worlds with the castability and strength of braid and the invisibility of fluorocarbon.

What is "line memory"?

Line memory is what happens when line sits on a spool. It develops curls, which can reduce casting distance and increase the chances for bird's nests or tangles. All lines are succeptible to this but moreso with fluorocarbon and mono spools.

When to use monofilament

Monofilament will work fine for most applications for the recreational angler. It’s not too visible, it’s easy to cast, and its lack of memory makes it more manageable and less tangly than fluorocarbon.

For the more serious angler looking to maximize their opportunities, monofilament is going fall out of favor except for a few specific applications. Because it floats, it’s popular for topwater applications, especially in very clear water where braid visibility becomes a problem. Many people also prefer to crank with monofilament for a few reasons. With a fast moving bait like a crankbait, a line that offers a little stretch makes you less likely to rip the hook out of the fish’s mouth on your hookset. Secondly, mono offers a little more abrasion resistance for when you’re driving that crankbait into the bottom repeatedly.

When to use fluorocarbon

For the serious bass angler, fluorocarbon is probably the most popular line choice. Its light refraction properties make it very hard to see underwater, which gives you a better chance of coaxing a wary bass into biting. This becomes exceptionally important in crystal clear water like you see in many upland reservoirs. Clear water = fluorocarbon.

Flourocarbon should win out with any slow presentation designed to coax a bass into biting. Dragging a football jig, dropshotting, throwing a wacky worm, etc. are all slow techniques that are optimized by choosing fluoro. The one area fluorocarbon has no place is in the topwater game, as its sinking nature will start to drag the bait down during your retrieve.

Be sure to buy 100% fluorocarbon. Fluorocarbon coated monofilament is something that exists. It’s marketed as a cheaper alternative to fluorocarbon, which is definitely pricey. For this reason, it is tempting, but a lot of broken lines resulted from my attempts to save $10 on some fluorocarbon. You get what you pay for.

When to use braid

Any time you’re fishing around, or inside of, heavy grass, braid is a must-have. The strength and abrasion-resistance is necessary to pull fish out of thick grass mats where breakoffs and fish losses are common. This is why every pro has braid on their frog rods and punching setups.

If you didn’t know: Punching is using a heavy weight to “punch” a bait through matted grass in order to reach bass that may be sitting underneath.

Braid, like mono, floats and is also a popular choice for topwater as a result, especially around cover like laydowns and isolated grass. Its abrasion-resistance is its biggest advantage, making it valuable any time there is heavy cover around that demands such resistance.

Finally, there’s no reason to ever throw light braid. All braid is totally visible and, as mentioned, the diameter is tiny. So there’s nothing gained by throwing light braid. 30 lb test is what I typically opt for on my spinning reels and 65 on baitcasters.

Fluorocarbon - Trilene 100% fluorocarbon - Sensitive, reliable, castable. Been using this line for years and can count the amount of breakoffs I’ve had on one hand.

Braid - Power Pro Super 8 Slick - Personally not a huge braid user, but whenever I’ve needed it, Power Pro has delivered. 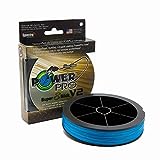