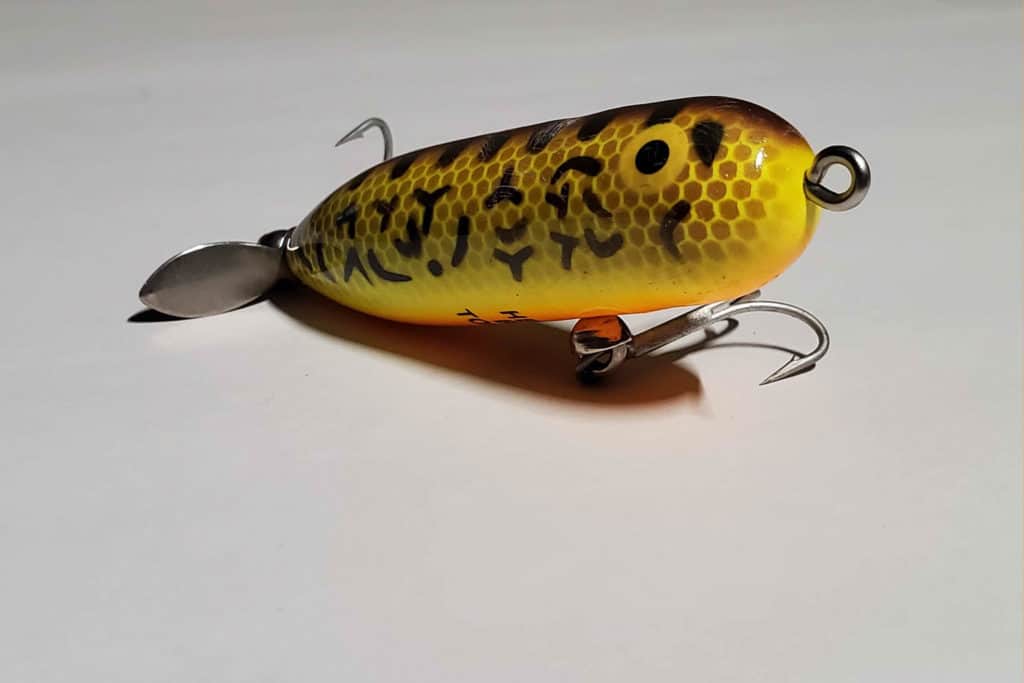 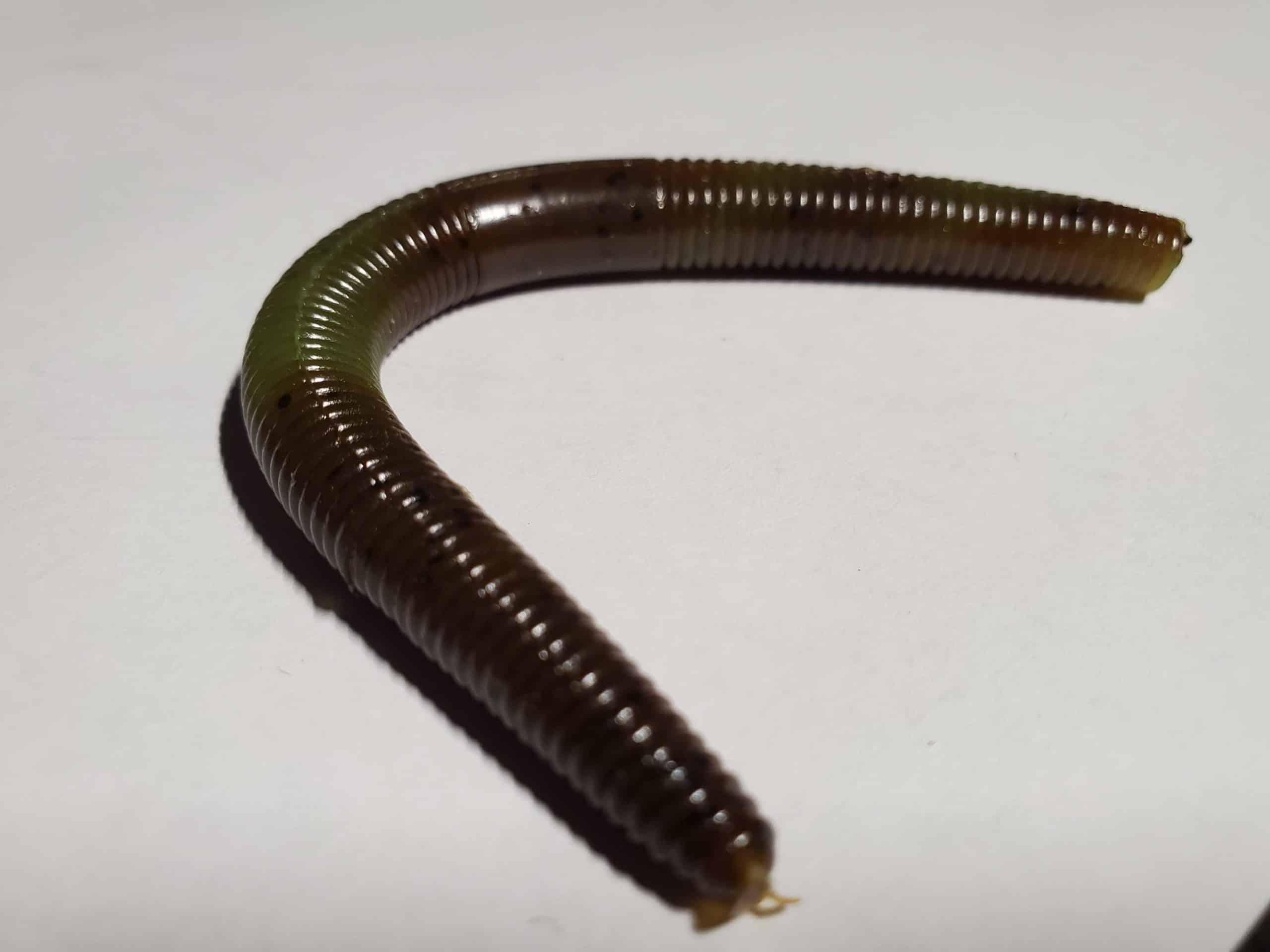 Slap a hook into the middle of a stick worm and you've got an easy wacky rig setup.

It's the easiest bait around to fish and it is an absolute destroyer of worlds when it comes to pond fishing. Pick a worm of your choice. The classics are the Zoom Trick Worm and the Gary Yamamoto Senko, but there are a lot of options and most of them will work just fine. Hook it through the middle of the worm, also known as wacky style, and then follow the following procedure:

A good wacky worm will usually have a wiggle to it as it sinks. Allow it to fall all the way to the bottom on its own, and you'll usually get bit on the initial fall. If you don't, twitch it a few times and let it sink back to the bottom. That is all there is to it, and this approach catches more pond fish than any other approach possible. I am certain of that. 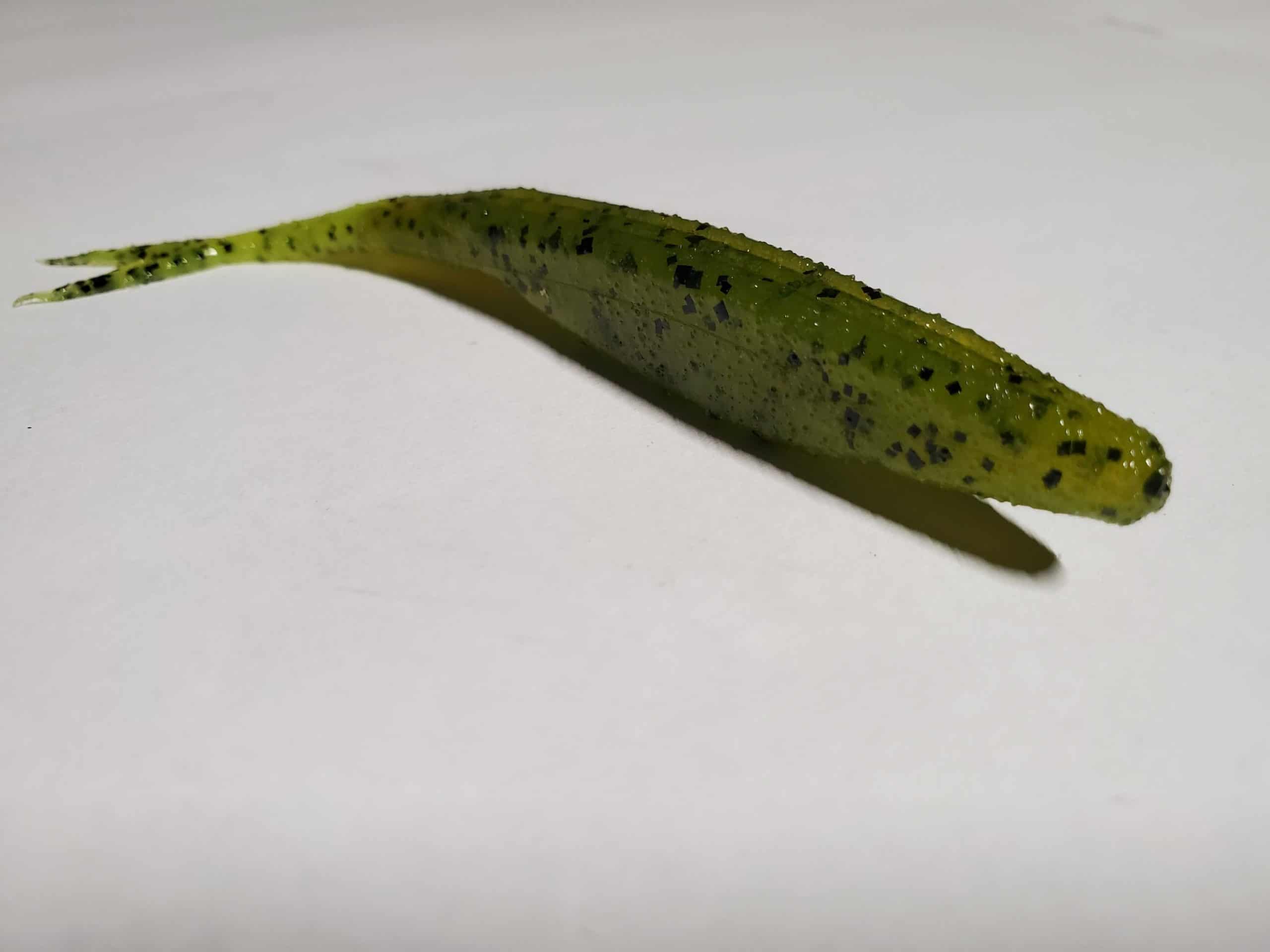 These things are killer particularly in the spring time when pond fish crash the bank to make beds. Most pond fish will make their beds right on the bank, and a soft jerkbait casted parallel can wreck them whether they are post or prespawn.

I like a blue gill imitating color like a green pumpkin or watermelon. Blue gills are the worst offenders when it comes to hounding spawning bass, and they're also a primary food source for bass in most ponds. You can't go wrong with green pumpkin and some chartreuse on the tail

Rig it weightless texas style and and fish it with quick repetitive twitches and the occasional pause. Test different cadences and speeds until you start getting bites. 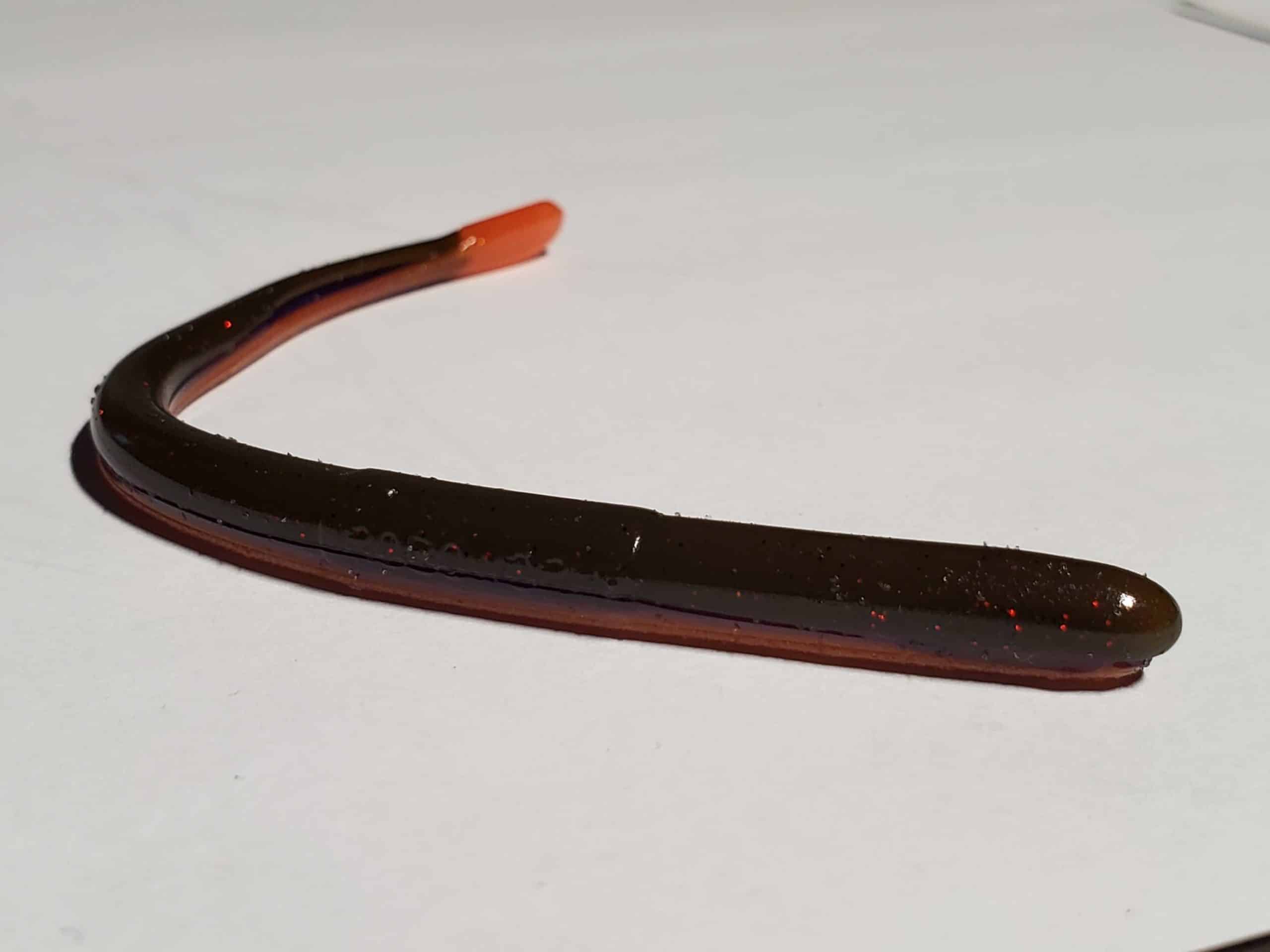 Ponds are typically covered with garbage on the bottom. Leaves and muck and whatnot make fishing bottom baits like shaky heads and jigs almost impossible. This is where a dropshot can shine. You'll need a tag end of about 6 inches on your rig to keep the bait close to the bottom but just above all the crap you're trying to avoid getting tangled in.

I like a small straight tail worm on the hook itself, but most small plastics can work when you're pond fishing. A sneaky thing to try is a tiny soft swimbait. 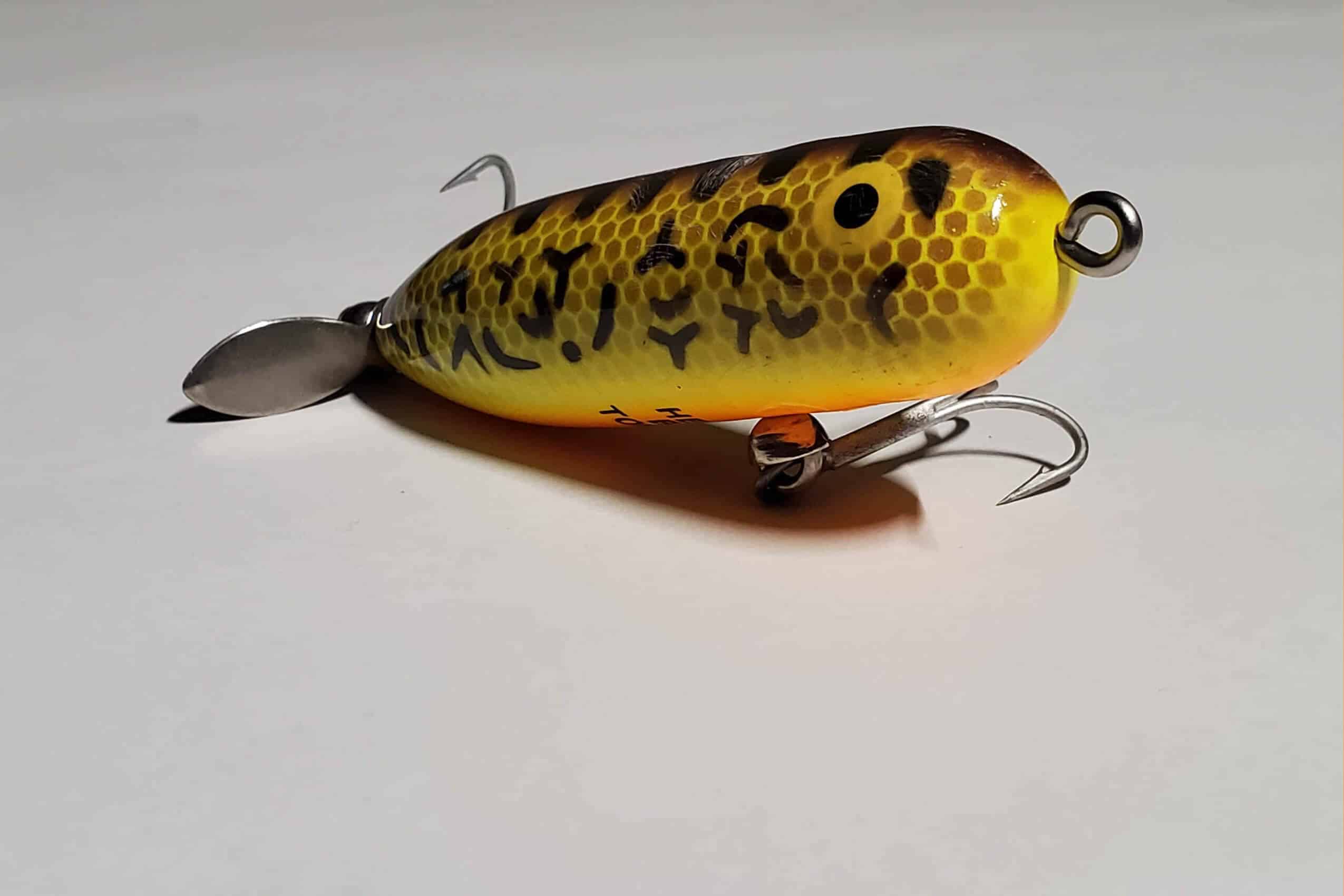 Small topwaters are pond shredders, especially if you can get out early in the morning or at sundown. The Heddon Tiny Torpedo is a personal favorite, but any small prop bait can rack up numbers of pond bass easily during low light conditions, 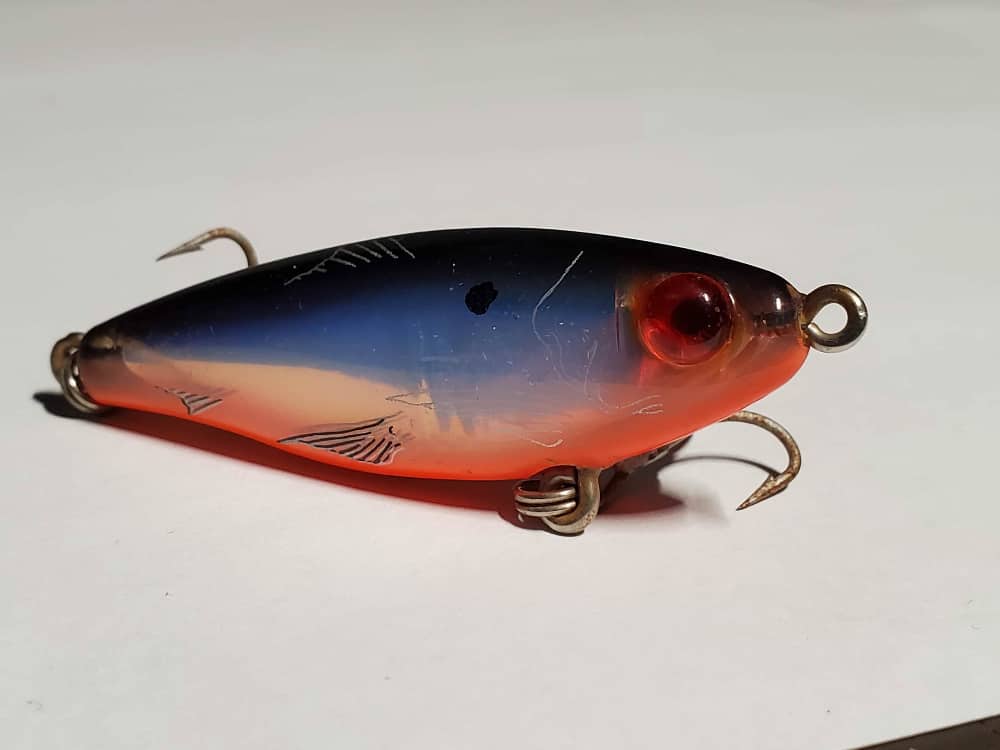 These baits are not common in everyone's tackle box, but they can absolutely catch some fish. I recall a day catching 12 bass in 15 casts working one of these baits on the shallow side of the pond.

If you don't know what a sub-surface walker is, it's advertised as a hard bait you can "walk the dog" with under the surface instead of on top. In reality, it's more like a suspending jerkbait without a lip that sits just below the water line.

This, like your prop bait, is more of a morning/evening bait. Fish it in similar places at similar times, and don't be afraid to alternate.