The Key to Catching Fall Bass is Keeping An Open Mind 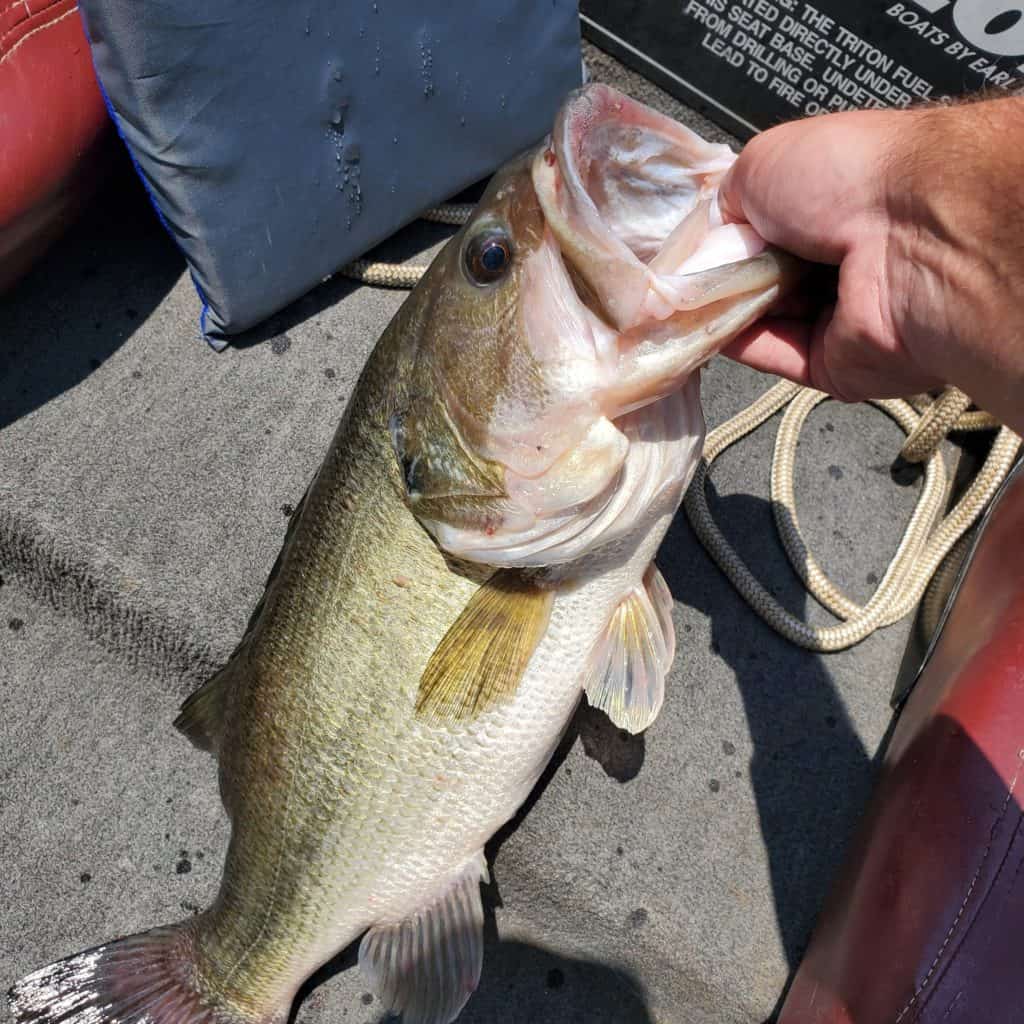 Fall is a much-hyped time in bass fishing. With the temperatures dropping and the dog days of summer finally in the rearview mirror, bass get their feed on. Bass are understood to be aggressive feeders this time of year as they gorge themselves before the coming winter. In many cases, the bass will also push shallow, creating what sounds like a dreamland. Shallow, aggressive bass everywhere. And it is . . . some of the time.

While it can be a fantastic time to fish, it’s not the free-for-all that many of the articles you read online make it sound like. It has its challenges too, and cracking the nut that is autumn bass requires the same diligent and comprehensive search that you conduct in all the other seasons, in some ways more-so.

The fall migration (read about spawn season behavior here), which is a critical aspect of fall bass fishing, is commonly defined as the bass following the baitfish to the backs of creeks after summer turns to fall. This absolutely happens, and the backs of major creeks are great places to begin your search, but they are by no means the only place you’ll find bass. This is where the challenge of fall exists for some anglers. The fish can really be anywhere, especially in a body of water that has an abundance of baitfish. It’s really the only season where the entire lake is available to you, and that adds a degree of difficulty that isn’t there in the other seasons.

On a typical reservoir, you’ll be looking mostly in deep water for summertime and wintertime fish, and while it’s true that the spring migration includes all areas of the lake, the bass movements are more predictable and every fish in the lake is attempting to do the same thing. There is a followable pattern of movement that all fish make and it coincides with changing weather. There is no such consistency with bait-oriented fall fish.

You need to keep an open mind. You need to be willing to explore and try anything, because the fish didn’t read the articles in Bassmaster magazine. They’re comfortable in more places than any other time of year, so don’t get it into your head that there is something they are supposed to be doing.

I recall a tournament I fished on NC’s Jordan Lake in November of 2019. I thought I had anywhere from 15-20 lbs in one area where I had located a lot of fish the day before the tournament.

It was at the entryway to a creek, nowhere close to the back, and the fish were piled up on some offshore structure in about 8 feet. I started the tournament there and did not get a bite.

My backup plan, which was the way back of one of my favorite creeks where I had caught them the fall before, produced zero bites also. With the plan A and B a wash, I hit a small hump in 20 foot of water on my way back to the main lake and immediately loaded the boat with a limit that was anchored by an almost eight-pounder.

I won that tournament by adding a five pounder with an hour left. I caught it on a rocky bank in less than two foot of water. At the same time, I watched another guy catch a six-pounder on the same stretch just ahead of me. The variation of depth that produced big fish in just those two days was striking, but a testament to the open-minded approach required to succeed in the fall. If I had stuck with a premeditated belief that the fish were shallow, I never would have found them in practice and I certainly never would have found a school in 20 feet water that would win me the tournament.

So don’t pigeonhole yourself this autumn. It’s a time notorious for variability. It’s not uncommon to see a tournament where the top five finishers were all doing something different. Keep an open mind and you might be surprised at what you find.