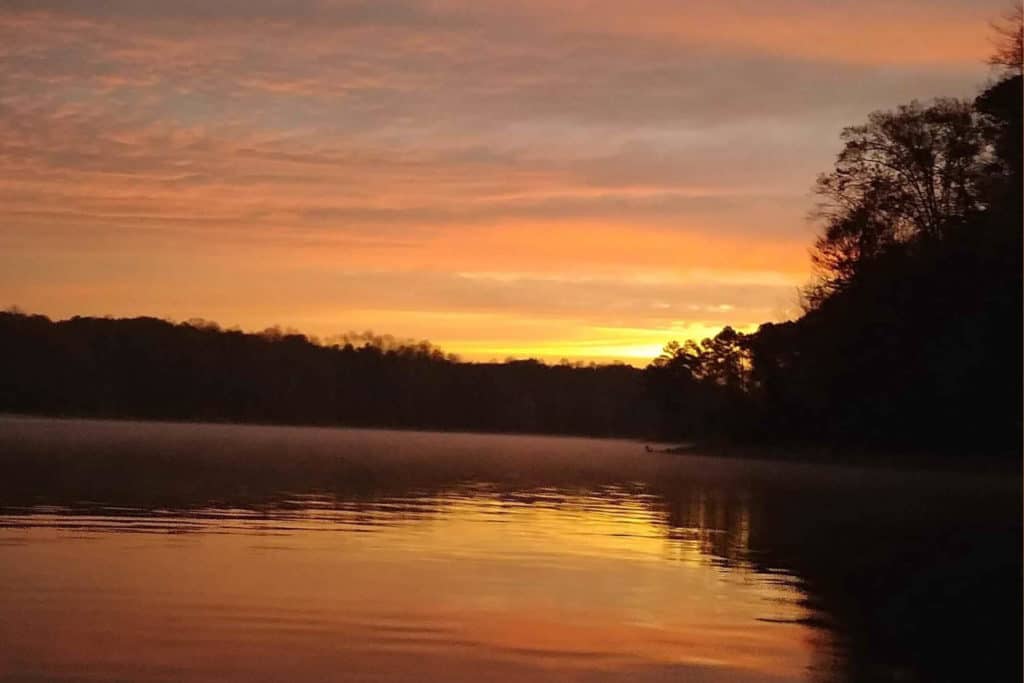 Bass spawn in the springtime. This is known. Anyone who has ever fished a day in their life knows this. But why? What makes this goofy looking creature that can be tricked into eating plastic smart enough to know that now, exactly now, is the time to do its business?

Some people will swear that the bass move with the lengthening of the days, that their biological clock is set off by the changing photoperiod in the spring, and that water temperature is just ancillary. Some people will tell you that any bass moving shallow before the water temp hits 55 degrees is lost. So which is correct?

Turns out they're both right. Photoperiod, which is a fancy word for the amount of daylight in a day, and water temperature are intertwined in sparking the black bass' yearly need to procreate. Specifically, Bass get the urge to spawn from the changing photoperiod, but won't act on it until the water temperature permits them.

Some time not too long after the winter solstice, the days begin to lengthen and the increased sunlight triggers a chemical reaction within the bass that sparks its urge to spawn. The science of it is actually extremely cool, and this article explains it well.

A lot of animals are triggered to begin reproducing by their biological clocks responding to annual photoperiod changes, but the impact of water temperature makes the reproductive timeline of the bass much more variable than that of, say, a deer. I've seen the deer rut used as an example of how biological clocks affect animal mating habits, and I've seen it used to explain similar behavior in bass. Now that's fine, but deer are warm-blooded mammals, and bass are cold-blooded fish. When the air is colder than normal, deer are cold. When the water is colder, the metabolism of the bass quite literally slows down. Their respective environments affect them differently, so they act differently.

That isn't to say that the biological processes that drive mating behavior in other animals don't also drive that in bass (we've established that they do), but rather that bass are more bound by their environmental factors. They know when it's time to go, but they're not going to go where the environment is uncomfortable for them This is where water temperature comes in, and why, at least in the eyes of the angler, it's ultimately the most important factor.

This feels like a good time to note that bass in Florida spawn months before bass in, say, Minnesota. This would not be the case if bass were willing to overcome such uncomfortable temps to spawn.

What the bass want to do is ultimately not as important as what the bass can do, and what the bass can do is directly tied to the wildly variable water temps that always come with spring weather. It's sort of like the gatekeeper for the progression of the spawn being driven by the photoperiod. That makes this a challenging process to track, but certainly not an impossible one. Knowing what drives it will make it a heck of a lot easier, though.